''Honour'' killing - the end of the spiral of violence

If a girl or a woman brought “disgrace“ upon her family, her family will use every method to restore the family honour. In some cases they see only one solution: killing the person responsible for the loss of honour (murder in the name of honour =“honour“killing).

Men are often both victims and perpetrators in the case of an “honour“killing, as the family frequently chooses minor male family member to execute the crime. It also happens that a male family member feels obligated to “punish“ the the girl or the woman with silent approval from the family, even though it was not expressively uttered. Often, they cannot escape the pressure of the family. Women often participate in the preliminary stages, but men mostly execute the act of killing.

How many “honour“ killings are being committed?

According to the UN State of World Population report form 2000, at least 5000 people are victims of so-called honour-killings each year, the majority of them are women. However, many killings are not registered as such, because they are often disguised as an accident or suicide, adding that girls and women are often driven into suicide. 14 countries took part in the UN survey; though Germany was not one of them.

Moreover, there are no official police statistics on “honour“ killings in Germany yet, since murders are not recorded by motives in Germany. The Max-Planck-institution on foreign and international criminal law (by order of the German Federal Office of Criminal Investigation) conducted a survey on “honour“ killings in Germany that was published in August 2011. It was based on records of cases between 1996 and 2005. According to this survey, there are 12 “honour“ killings registered by the legal system each year. In the 78 surveyed cases, there were 109 victims and 122 offenders  with about two thirds of the victims were killed.

What is the worldwide legal situation?

In Germany, the motive for committing murder does not carry any weight. In some countries, however, such as Jordan or Pakistan, there are special laws, which grant a lower sentence or even complete exemption from punishment in cases of “honour“ killings. Nevertheless, over the last years, positive changes have happened in both of these examples. For example in 2009, a special tribunal within the criminal court was established in Jordan, dealing only with crimes in the name of honour and introducing tougher punishments. Apart from that, the social acceptance decreased and the justice system often rejects giving lower sentences. However, in the Jordanian penal code, there is still the article 340: “Whoever catches his wife or a blood relative (...) engaging in acts of adultery with another man and kills, injures or wounds, her shall be exempt from punishment.”  In addition, a law was past against allowing rapists to go free if they marry their victim. As for Pakistan the ruling to exempt punishment in cases of “honour” killings have been disestablished in 2016. Before, the victims’ relatives could forgive the offender and set him free. Now, there has to be a minimum sentence for these crimes. 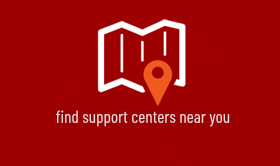 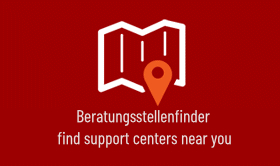